Message from the President of Ghent University Global Campus 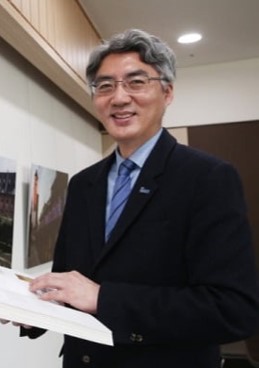 To Koreans, Belgium is well known as the home country of The Smurfs, The Adventures of Tintin, and the setting for A Dog of Flanders. It is also recognised for its artists and writers, including novelist Amélie Nothomb and globally renowned movie directors Agnès Varda and the Dardenne brothers, and as the host of the Queen Elisabeth Competition, one of the world’s most prestigious music competitions. All in all, Belgium is most familiar to Koreans in the form of its renowned chocolate, waffles, beer and fries. The Kingdom of Belgium established diplomatic relations with the Republic of Korea in 1901. Since then, Belgium has been a firm ally, and dispatched 3,500 soldiers to Korea during the Korean war at a time when Belgium was also still recovering from World War II. As such, the two countries have been working together in close cooperation and exchange as mutual friends and partners, to promote the development of education, science and technology, culture, industry, and the economy. Amidst this partnership, Ghent University Global Campus, a leading national and public university that represents the intellectual standard of Belgium, is now well established in Songdo, Incheon. Thanks to the generous investment by the Ministry of Trade, Industry and Energy, the Ministry of Education, and Incheon metropolitan city government, the university has made rapid developments over the last five years. Ghent University Global Campus strives to fulfil its fundamental goal of nurturing highly competent students and continuing academic advancement. The university also aims to serve as a hub introducing Belgium’s remarkable education, science, culture, industry and economy to Korea, while contributing to the mutual development and close exchanges between Belgium and Incheon, and Korea in the broader context. The vision of Ghent University Global Campus is to “foster global talent to lead future generations.” Our objective is to become a “research-centered ‘glocal’ university in Environmental Technology, Food Technology, Molecular Biotechnology and a global hub.” In this sense, Ghent University Global Campus provides its world-renowned technological expertise and know-how in bio-data science and bio-engineering, environment technology and green chemistry, food science and technology to facilitate 21st century education, science and technology and industrial cooperation projects, and emerges as an international hub for neo-Renaissance in the fourth industrial revolution era. Immediately after the first five years of a successful establishment stage, we now face a milestone; making the leap into the next phase of development in which Ghent University Global Campus can show its true colors and grow into an institution in its own right. I am certain that Ghent University Global Campus will flourish as a magnificent grand tree, providing shelter, a resting place and fruitful benefits for its students, faculty and staff, as well as its national and international neighbors and communities. We can reach higher skies and meet the world that we all dream of.   If you are looking for a world-class institution situated in what will become one of Asia's most dynamic hubs of cutting-edge bio-environment-food science and future global talents, then you have found the right place!   Join us in this adventurous journey of daring to think and aiming higher.   Thank you.   Taejun HAN Campus President Ghent University Global Campus